MLR Convention Centre along with The Gala Annual Event of Karnataka Nair Service Society (KNSS) Whitefield has put together a celebration for the KNSS CSR Fund Raising Program this Sunday.  The Musical Nite will witness world-renowned Keyboard and Piano artist Stephen Devassy & his Team.

Stephen, the fastest keyboard player maintains perfection on stage making him the youth’s idol. The energy he delivers while playing the both the instruments mesmerizes the audience and every note he plays tells a story to his listeners. Stephen Devassy received certificate of participation from Guinness World Records for working on a music of the longest documentary film “100 years of Chrysostom” which was entered in Guinness World Records.

Well known for his outstanding talent, Stephen has worked with more than 50 music directors across the country in languages like Hindi, Tamil, Malayalam, Telugu, Bengali, Kannada, and programmed over 2000 songs. 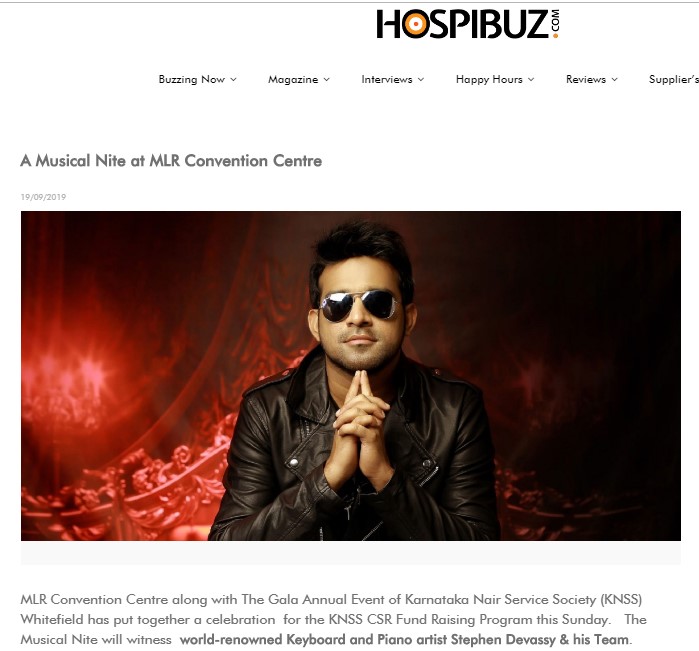 Witness Stephen’s magic and have a musical Sunday!