A Jugalbandi by children 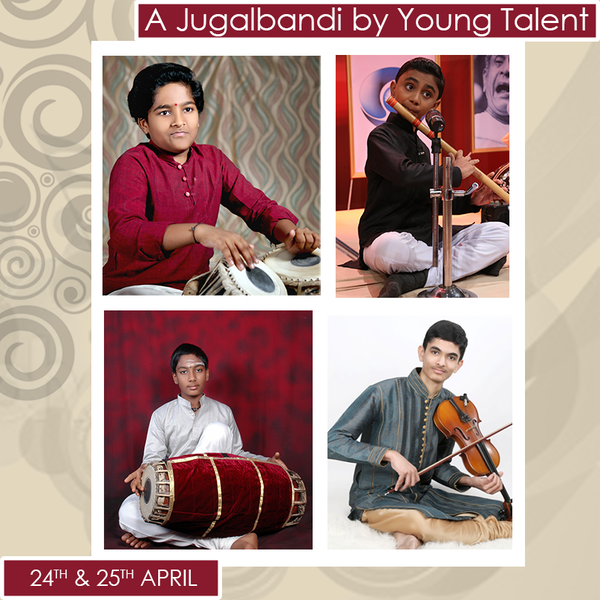 We love looking for young talent – and what’s better than a Jugal Bandi by some scorching prodigies around?

Sulieman comes from Amritsar; all of 12 he is a student of Pt. Hariprasad Chaurasia and mesmerised us with his flute recital last year. The winner of the best Hindustani instrumental at the SPIC MACAY national-level competition last year, he beat competition from folks up to 26 years old! He teams up with Bangalore’s violin prodigy Vaibhav Ramani, 17, a student of Kumaresh.

Making waves as a violinist across the country, Vaibhav was a star attraction in Abhishek Raghuram’s Children’s Carnatic Choir ’14. Jagmitra Lingade, is a prodigious student of the venerable Pt. Suresh Talwalkar. Another 12 year old, he is a real tabla genius in the making and is coming from Aurangabad. Joining him for the Carnatic rhythm is our own Ramana Bala, a student of Ranganatha Chakravarty, a 12 year old master of many trades with proficiency on the Veena, Mridangam and Vocals.

Bhoomija is super lucky to have Kumaresh work with these little prodigies to help them put together a fantastic, one of a kind show.