The Secret Set by Vir Das 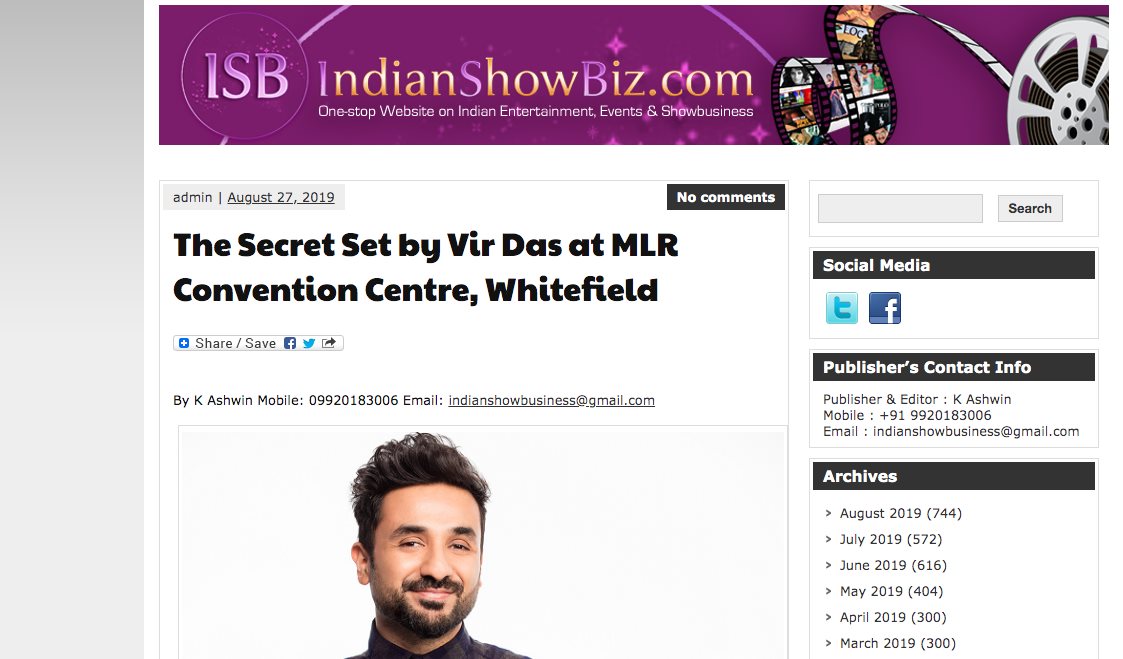 Vir Das, the name is enough to tickle your funny bones! He is all set to take you on a laugh riot that guarantees infinite laughter.  Coming off fresh from his world tour, an American series and a Netflix special, he’s looking forward to mesmerising the crowd with his witty one-liners and sarcastic banters he’s known for the world over. Today, Das is the highest-grossing English comedian in the country and the first Indian comedian to have a Netflix special that further substantiates his position in the world of humor.

Das has vast experience of performing on the big stages, he has performed in over 100 shows around the globe that have won him many accolades for his brand of humor, which is witty and sarcastic.

Let Vir Das make this Sunday a memorable one with his fine standup act, only at MLR Convention Centre in Whitefield.