Son of Abish + The Complete Works of William Shakespeare 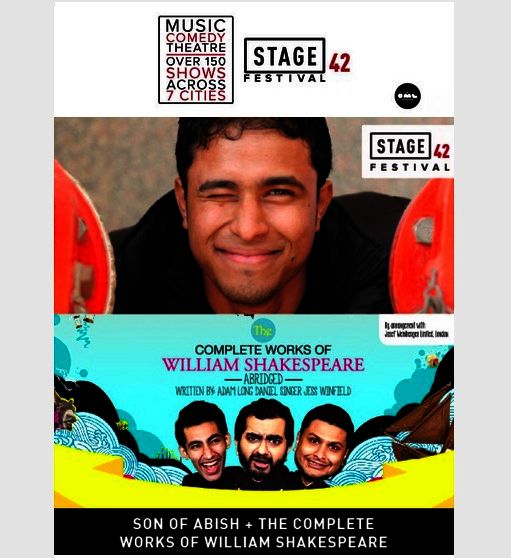 Abish Mathews’ solo show Son of Abish switches from stand up to musical comedy, sprinkles in some improvisation, pours in some sketch comedy, mixes it in with a hilarious monthly news round up segment and throws in celebrity guest interviews and performances as the cherry on top the comedy sundae.Good ol’ Billy’s complete works will be re-enacted for you by the funny, neighbourhood SNG Comedy troupe which includes the three immensely talented actors, Aadar Malik, Brij Bhakta and Neville Shah.

You probably get a chance to participate in this madness, there ain’t no method in it.